Te Runanga o Ngati Kea Ngati Tuara Trust – Election process: As required under the Trust Deed a set number of trustees are requiredto retire each year. This year Tawhiri Morehu and Mark Milroy are retiring but are available for re-election. Nominations are invited for these two positions from registered members of Ngāti Kearoa Ngāti Tuara. The term is for three years.Paiaka Lands Trust –... 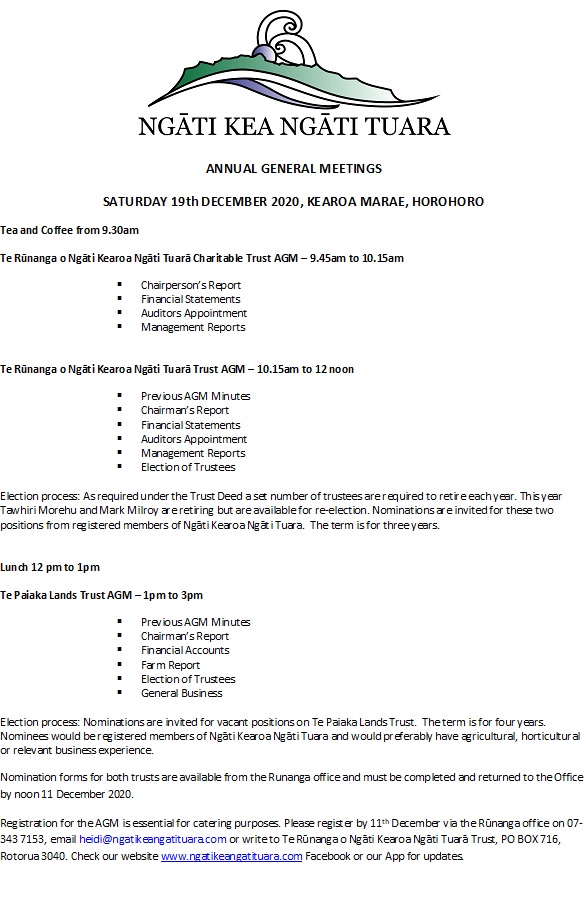 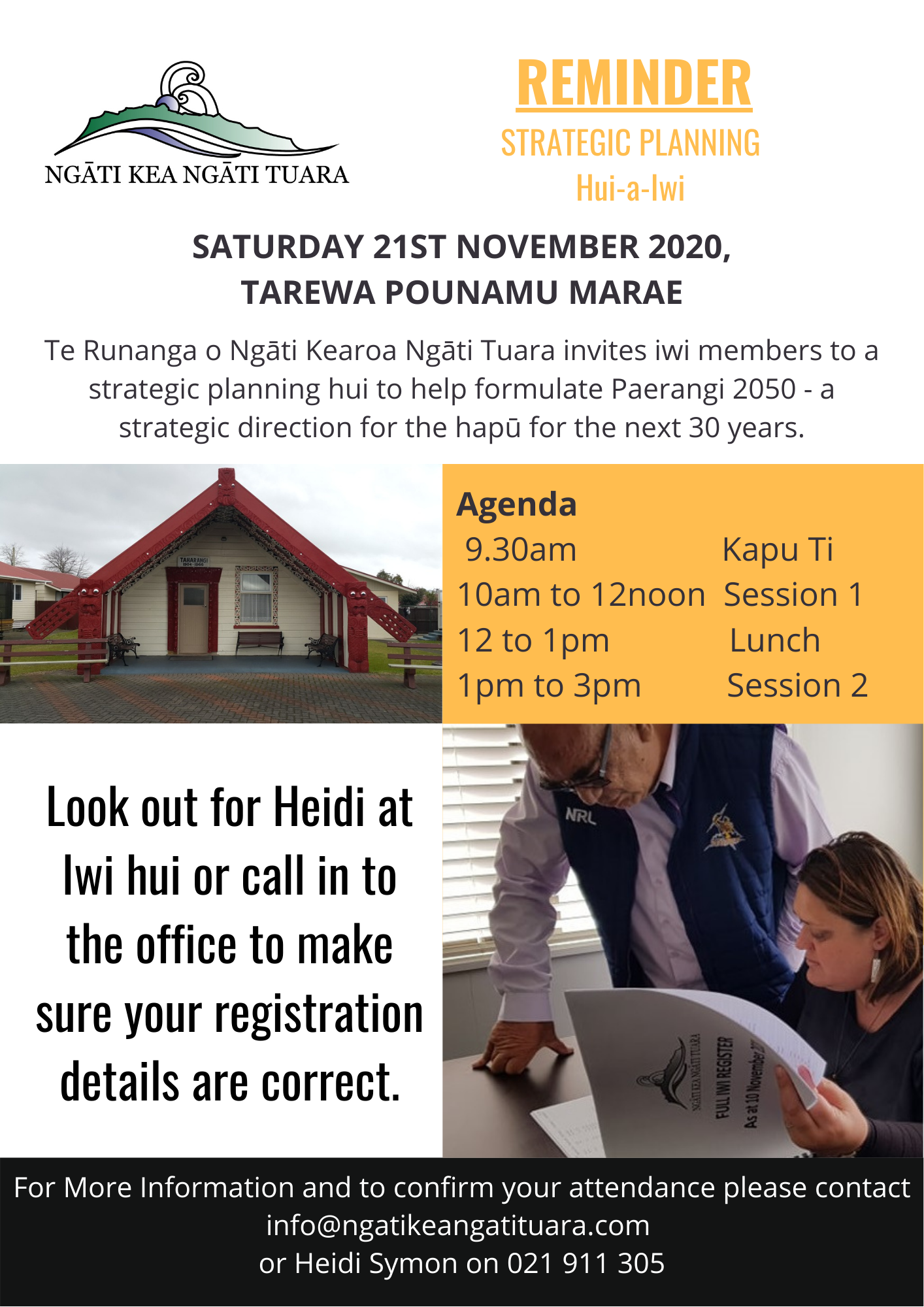 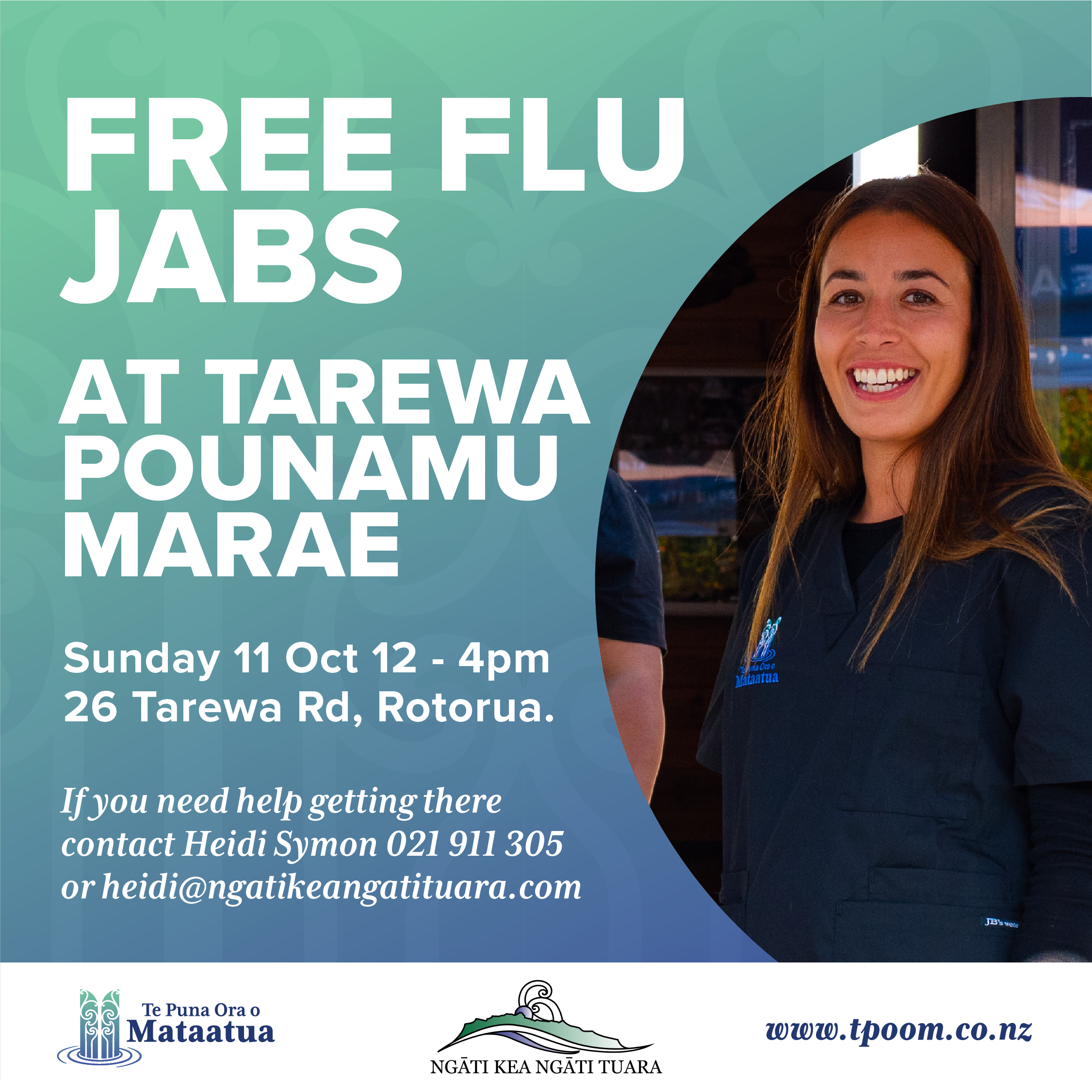 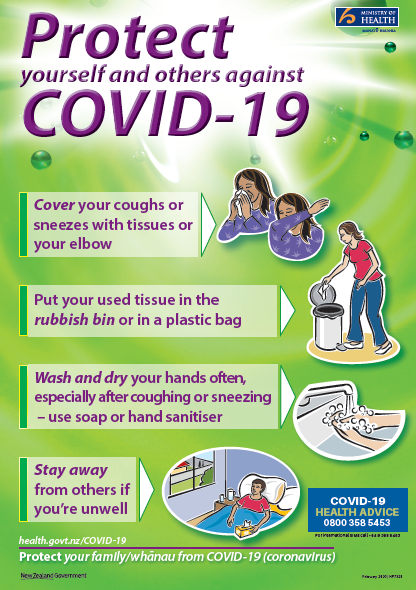 Kia ora koutou The hui which was to be held this Saturday 14th March has been cancelled. Trustees will use the time to do a bit more work developing strategies from the kōrero collected at the first hui. A draft document of the ideas will be sent out for feedback. The result should be a final plan for Ngāti Kea Ngāti Tuarā. Nga mihi 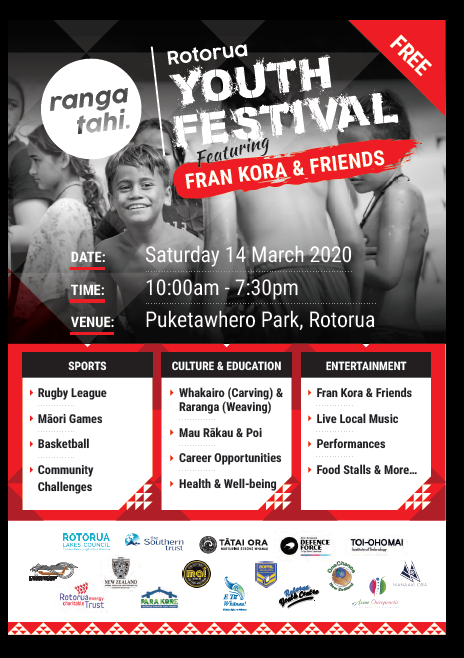